CRI-O is an implementation of the Kubernetes CRI (Container Runtime Interface) to enable using OCI (Open Container Initiative) compatible runtimes. It is a lightweight alternative to using Docker as the runtime for kubernetes. It allows Kubernetes to use any OCI-compliant runtime as the container runtime for running pods. Today it supports runc and Kata Containers as the container runtimes but any OCI-conformant runtime can be plugged in principle.

CRI-O supports OCI container images and can pull from any container registry. It is a lightweight alternative to using Docker, Moby or rkt as the runtime for Kubernetes.

CRI-O is developed by maintainers and contributors from these companies and others. It is a community-driven, open source project. Feedback, users, and of course, contributors, are always welcome via the cri-o/cri-o GitHub project. 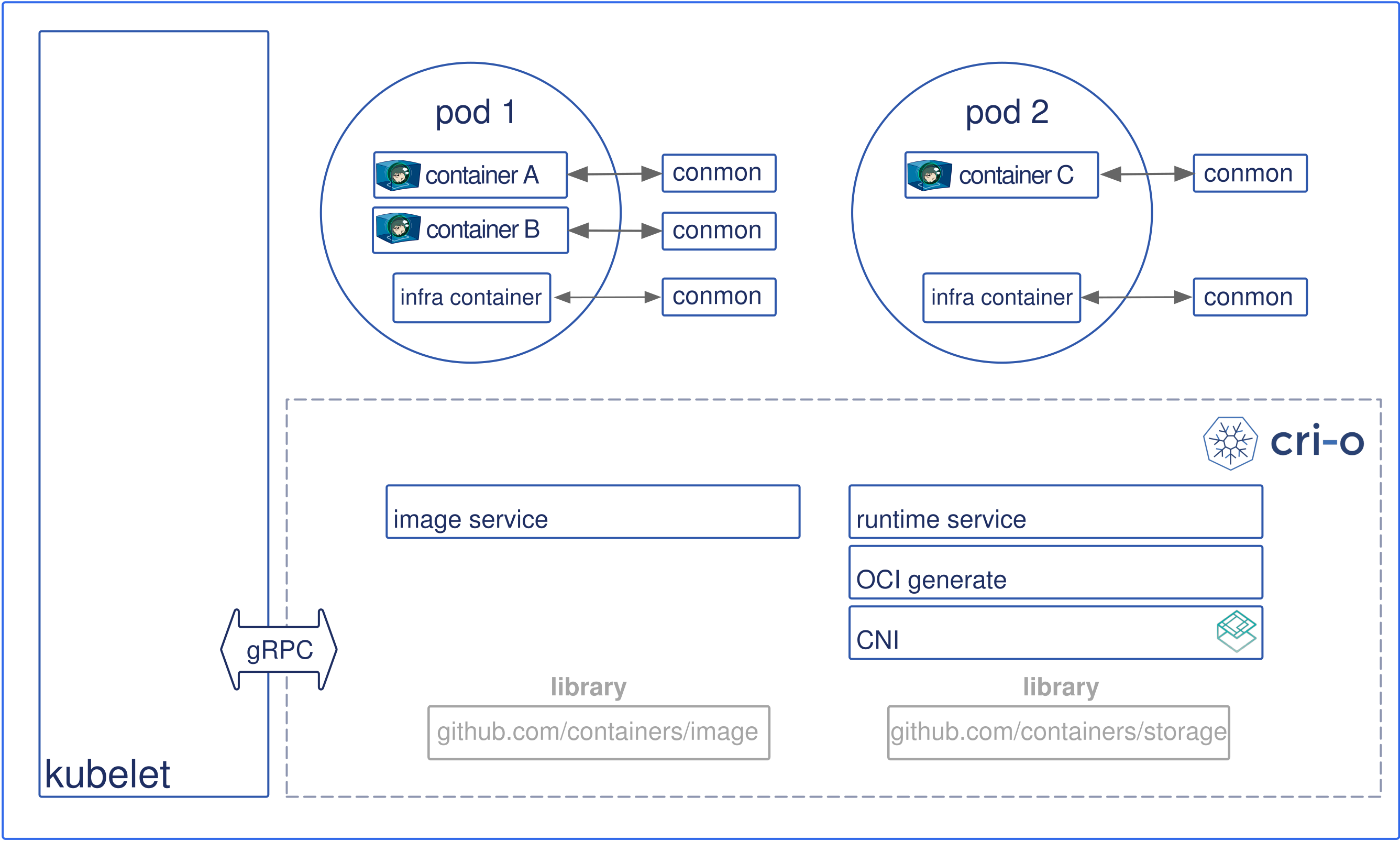 The architectural components are as follows:

CRI-O is made up of several components that are found in different GitHub repositories.

The containers/storage library is used for managing layers and creating root file-systems for the containers in a pod: Overlayfs, devicemapper, AUFS and btrfs are implemented, with Overlayfs as the default driver.

Support for network based file system images (NFS, GlusterFS, CephFS) is on the development roadmap.

The containers/image library is used for pulling images from registries. Currently, it supports Docker schema 2/version 1 as well as schema 2/version 2. It also passes all Docker and Kubernetes tests.

The Container Network Interface CNI is used for setting up networking for the pods. Various CNI plugins such as Flannel, Weave and OpenShift-SDN have been tested with CRI-O and are working as expected.

conmon is a utility within CRI-O that is used to monitor the containers, handle logging from the container process, serve attach clients and detects Out Of Memory (OOM) situations.

You can find us at: